Are There Any Good Lenders Left?

Last week I received a call from a realtor I’ve done business with for years. Her clients had gone to their bank where their money is (I’ll leave that bank un-named) for their mortgage on a new home they were buying. The day before closing the bank called the borrowers and told them their mortgage had been denied. To make matters worse the bank did not give a reason for the denial. The bank said they would put the adverse action in the mail. So the borrowers called me and we started the process. They had great credit, great income, and plenty of assets. I saw no problem what-so-ever. To make matters even stranger, when the adverse action came, the reason for denial was insufficient income and assets. What? Not only was it baffling, the bank also didn’t even try to save the mortgage by asking questions as to whether the borrowers had any additional assets or income. By the way, the borrowers did have additional assets. Guess where? That’s right. In their very own bank that was denying them!!

So, what’s going on out there in the lending world? Are there any good lenders left? That’s a tough question and the answer is coming. There are 2 things driving the mortgage world right now. QM (Qualified Mortgage) and ATR (Ability-To-Repay). What that means is all lenders have to play by the same rules to avoid buybacks and penalties. No lender gets to bend or warp the rules to gain an unfair advantage over the rest of the lender universe and every lender offers up the same mortgage approval gauntlet. It also means that lenders are going to scrutinize the files like never before. The lenders will make sure the borrowers actually file their income taxes by checking with the IRS. The lenders will want to know where any large deposits came from. Was it a gift, was it a loan, was it terrorist activity money? The lenders will double check the borrower’s employer before closing to make sure they are still on their jobs.  The lenders will double check to make sure the borrowers are not using a fake social security number. They will re-pull the borrower’s credit before closing to make sure they have no new debts. You get my drift. Whatever trust there was before is now gone. On top of that add in the over-the-top compliance now in effect from the Dodd-Frank bill and you have an atmosphere like never before. In my 27 years in the mortgage business this is the worst I’ve ever seen it. 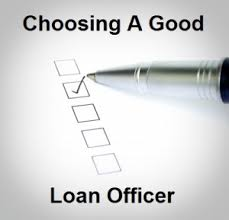