Mid-Year Update, Local Realtors Not Quite as Optimistic

In March I surveyed 100 of the top realtors in Charlottesville asking if they thought 2014 would be stronger than 2013. Overwhelmingly, the answer was yes. So last week, almost half way through 2014, I asked the same question. While a large number of realtors still thought 2014 would be stronger than 2013, the overall tone has changed. Below are a few of the responses I received;

“I think people were more hopeful last year, but now see that things aren’t really getting any better.”

“I have concerns re economy if our leaders don’t get responsible soon.”

“I think that there will be a slight improvement over 2013 based on the first half, but don’t think it will be a big increase as I think people aren’t feeling very positive about our government right now.”

“I see the local market moving from remaining the same to slowing (especially in rural areas).  Lack of inventory (reasonably priced homes in good condition) remains low.  Consumer confidence also remains low (renter unsure about committing to a 30 year mortgage and staying in central Virginia for employment so they continue to lease instead of buy even with higher rents).”

“About the same as last year.  The job market doesn’t seem to be improving that much and there are no programs to assist 1st time buyers to get into a home.”

“Stronger but not by much.  Good buyer activity in March & April but slowed down except in downtown/Belmont.” 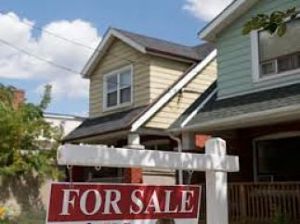 To be fair, there were some realtors that were very positive. A couple of quotes;

“It feels a lot of Sellers have been waiting for prices to rise before putting their houses on the market.  It now appears that more of them are deciding that the market has rebounded to a point where it makes more financial sense to sell.  Therefore, more quality houses are coming on the market.  In addition, there seems to be more of an appetite by Purchasers, and part of that may be that the type of homes they have been waiting for are finally available.  This, combined with the low interest rates, makes it a quality time to get the houses they want.”

“I am absolutely slammed and this year so far (if the pace continues) will exceed last year transaction numbers.”

I believe there are 2 major factors at play in the market right now. One is the lack of low down payment loans for first time homebuyers. I have been harping on this for over a year. Fannie and Freddie need to come up with a zero down payment loan with low monthly mortgage insurance. Make sure the borrowers have excellent credit as well as good job histories. Plus, make sure their income-to-debt ratios are strong. The first time homebuyer market is really struggling. There are tons of first time homebuyers that qualify but they just do not have the down payment. If Fannie and Freddie would come up with this program it would have a domino effect on the move up buyers and we would see a real boost to sales.

The second factor is something that will just take time to overcome. Prior to 2008, owning a home was considered a smart financial investment. Even if you over extended yourself a bit, the home would still appreciate enough to make money. Now, with values from 2008 to 2012 nose diving, consumers are looking at home ownership in a different light. You have more people that will bypass home ownership and just rent. It will be more of a long term investment instead of a two or three year stint.

Once again, much thanks to all the realtors for participating!