Former Wells Fargo chairman and CEO Richard Kovacevich told CNBC on Thursday,  “The United States is at risk of becoming a nation of renters because of the totally unnecessary constraints that continue to prevent lenders from giving out mortgages.” I couldn’t agree more. Kovacevich blames two factors, the Dodd-Frank financial overhaul act and the buy backs banks are incurring from Fannie and Freddie. 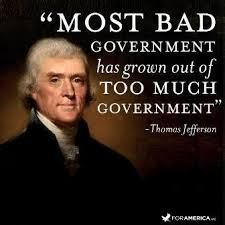 Kovacevich said, “the litigation risk … says we should not make any loan that a borrower can’t repay.” Kovacevich joked that he didn’t know there was such a thing. And I agree. In theory that’s a great idea. But realistically, it’s impossible. It’s almost like if you need a mortgage you can’t get one but if you do not need a mortgage Fannie and Freddie have no problem loaning you money. I’m being facetious but you get the idea. I don’t want to go into specifics and bore you about how our business has changed but lets just say that the Dodd-Frank bill is over the top. You need rules and regulations but when they become so over bearing that the housing industry suffers, then it’s time to come to a middle ground.

What is a buy-back? Basically, it’s when Fannie and Freddie make the bank buy back the loan that Fannie and Freddie bought from the bank when the mortgage was originated. It used to be for good reasons, mainly fraud or negligence. Now it’s for anything and everything. That’s the main reason consumers are so annoyed when they get a mortgage. The documentation and paperwork that the borrowers have to sign and supply is beyond ridiculous. The banks are scared that Fannie or Freddie will make them buy the loan back so the bank over documents the file and underwrites the file super super conservatively.

Kovacevich says that for the economy to get going again that housing needs to get going. He states for that to happen the Dodd-Frank bill and Fannie and Freddie’s buy back policies have to change. Standing ovation for Mr. Kovacevich.