My rate prediction for the next 6 months

Predicting interest rates is not an exact science. There are just too many different variables and unpredictable things that can take place to be 100% accurate. But I’ve been doing this for 26 years and I feel I have a good sense about the major driving points that move the rates. So, what does it look like for the next 6 months? 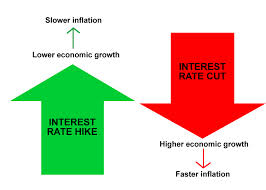 In general, the better the economy, the higher the rates. The weaker the economy, the lower the rates. When the economy is weak the FED will put money into the economy to help stimulate growth. This has been going on for a while now. The FED FUNDS rate is at .25%. You can not get much lower than that. One way the FED measures the strength of the economy is the unemployment rate. Currently the unemployment rates sits at 7.2% although most experts think it is much higher because of all the people that have stopped looking for work. But what the FED said this week alerted me to what they think is going on.

The FED has been saying that they will stop stimulating the economy when the unemployment rate hits 6%. But today they hinted that they are moving the number to 5.5%. To me, that signals that they believe the economy is weak and the unemployment number is really much higher than is being reported. Therefore, I see rates over the next 6 months to remain low. There will be ups and downs, but in general, you will see 30 year fixed rates hover around where they are today.